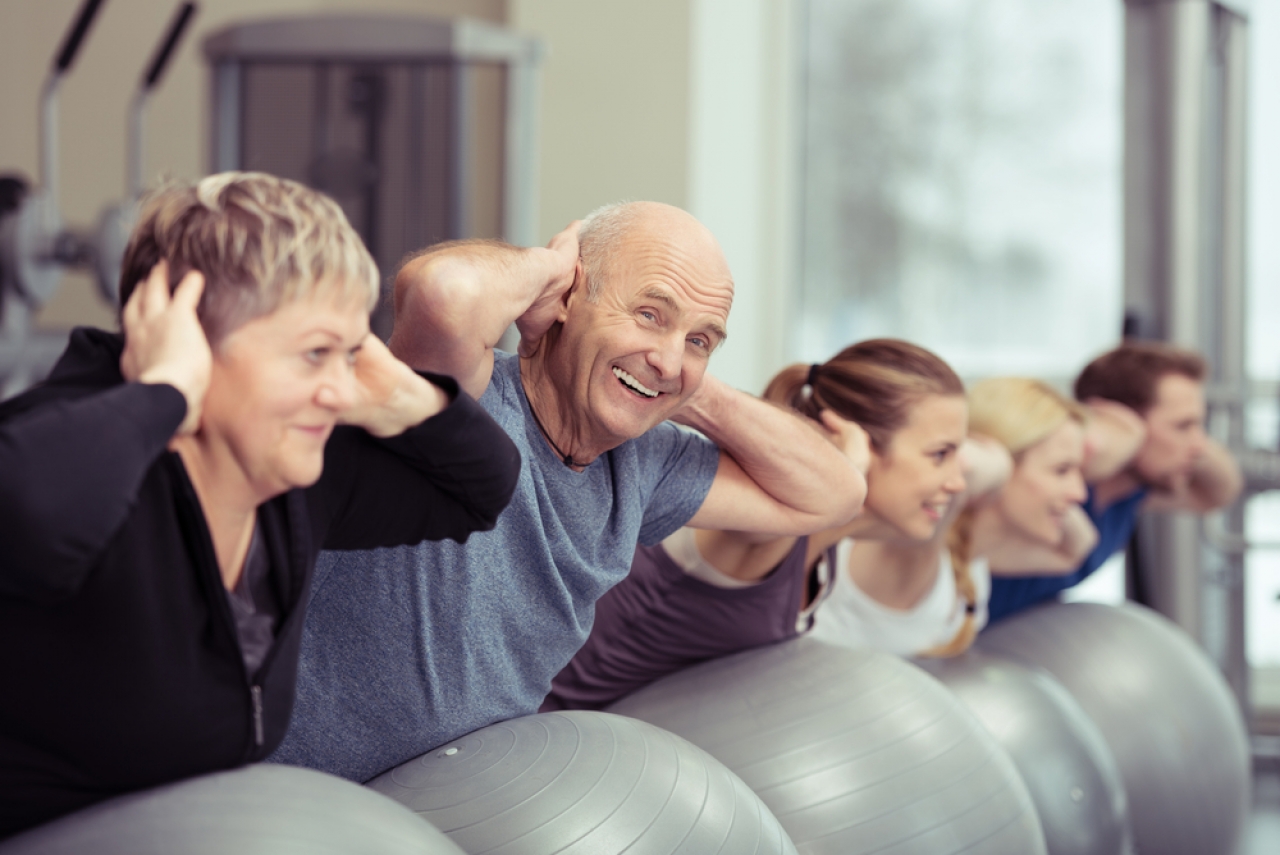 BBC News
Best exercise time differs for men and women, says US study
By Philippa Roxby
Image caption,
Early morning exercise could benefit women who want to reduce body fat and blood pressure
Exercise is good for you whenever you do it, but the time of day to achieve the best result may be different for women and men, according to a US study.
It found women burned more body fat during morning exercise, whereas evenings counted more for men.
Much of what is known on this topic is based on studies on men, the researchers say.
Differences in hormones, in biological clocks and sleep-wake cycles between the sexes, could all play a role.
The study of 30 men and 26 women - all active and healthy, and between 25 and 55 years old - lasted 12 weeks and monitored the effects of a varied fitness programme, which included stretching, sprint, resistance and endurance training.
One group exercised for an hour before 08:30 while the other group followed the same activities in the evening, between 18:00 and 20:00. All participants followed a specially-designed meal plan.
The researchers tested everyone's blood pressure and body fat over the course of the study, as well as their flexibility, strength and aerobic power at the start and end.
All those who took part in the study improved their overall health and performance over the 12-week trial, no matter when they exercised.
"The best time for exercise is the best time you can do it and fit it into your schedule," says Dr Paul Arcerio, lead study author and professor of health and human physiological sciences at Skidmore College, New York state.
But he suggests there is "something else going on" which may mean the ideal time of day to exercise is different for women and men.
Early or late?
Based on the results, women interested in reducing fat around their middle and reducing their blood pressure should aim to exercise in the morning, Dr Arcerio says.
This is important because belly - or abdominal - fat wraps around the body's internal organs, including the liver, and can be dangerous.
However, he says women trying to improve muscle strength in their upper body as well as their overall mood and food intake, should take evening exercise,
The men in the trial were less sensitive to the time of day they exercised, improving their strength in the mornings and evenings.
But evening exercise was found to be "ideal for men interested in improving heart and metabolic health, as well as emotional wellbeing," says Dr Arcerio.
Improving metabolic health means reducing the risk of conditions such as obesity, type 2 diabetes, heart disease and stroke.
It's not clear exactly why men and women's responses to the timing of exercise were so different, and the researchers say more research is needed to find out more.
They say women may burn more body fat in the morning because they are more likely to have excess belly fat. The body's internal rhythms may also be a factor.
The study, published in Frontiers in Physiology , tracked people with a healthy weight, but the researchers say the programme could also work on people who are overweight or obese.
"They have more opportunity to benefit," says Dr Arcerio.