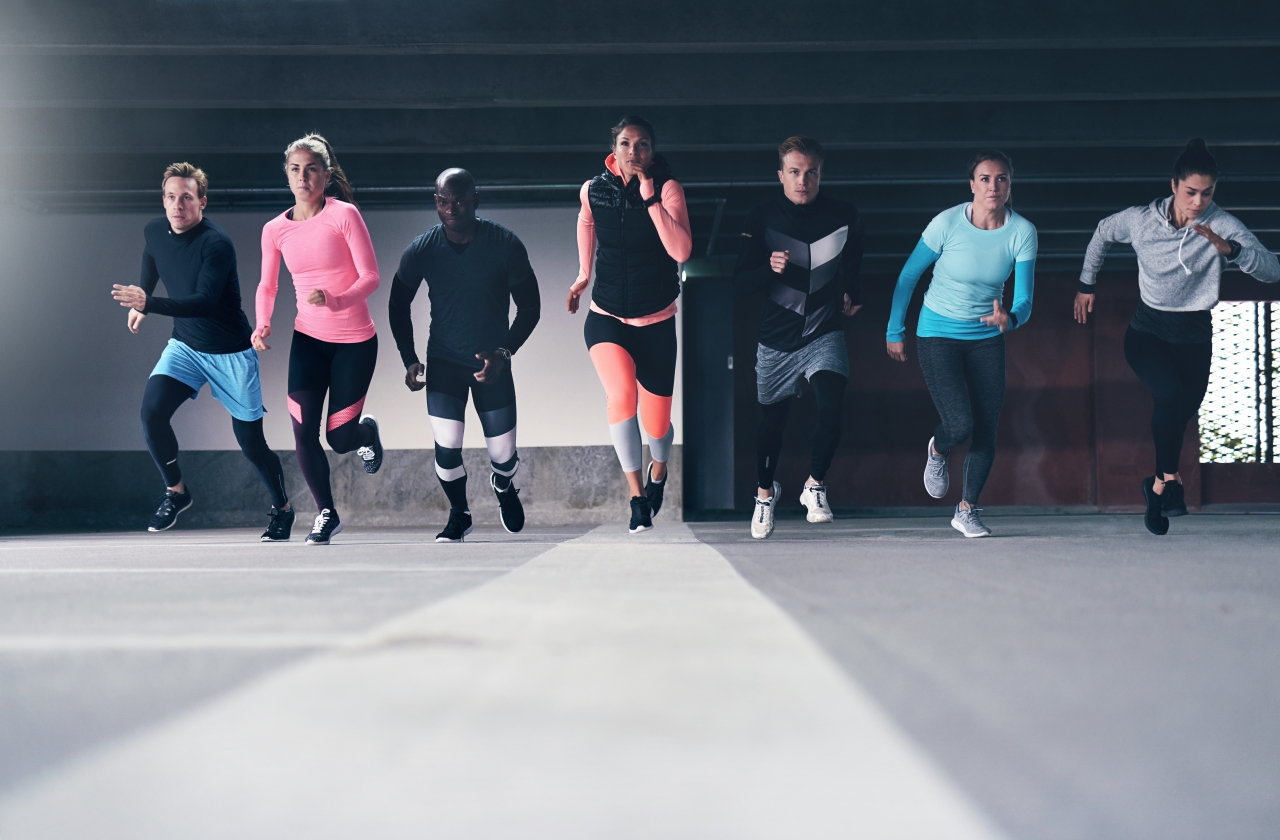 A new study from Dartmouth College sheds light on how easy to moderate aerobic exercise affects the human mind differently than high-intensity workouts over a full calendar year. This first-of-its-kind research suggests that consistently doing cardio (e.g., walking, jogging, swimming) at an easy or hard pace affects how the mind works in different ways. These findings (Manning et al., 2022) were published on August 15 in the peer-reviewed journal Scientific Reports.

For this longitudinal study, first author Jeremy Manning and colleagues used Fitbits to collect real-world exercise intensity data from 113 participants for an entire year. The study was designed to test the researchers' hypothesis that "different intensities of physical activity have different quantifiable impacts on cognitive performance and mental health."

Before diving into these evidence-based research findings, I'm going to share some anecdotal observations and road-tested ways that I purposely mix up the intensity of my cardio workouts to optimize how my mind works depending on each day's cognitive demands.

As an ultra-endurance athlete who broke a Guinness World Record by running six back-to-back marathons on a treadmill in 2004, I've spent lots of time deconstructing how various exercise intensities affect my thinking processes and mental health. Over the years, I've figured out how to tailor my daily workouts to help me think better and feel less stressed or depressed based on the dose-response of easy, moderate, or vigorous aerobic exercise.

My curiosity about how exercise affects the mind started decades ago. In the 1970s, my neuroscientist father conducted experiments on sheep that involved putting them on a treadmill and monitoring how physical activity affected their brains. To conduct in vivo research on how exercise affects the mammalian brain, Dad took a six-month sabbatical from his job as a neurosurgeon at Harvard Medical School to study living sheep housed at the Florey Institute in Melbourne, Australia.

Dad's exercise-related brain research came at a time when the jogging craze was sweeping the nation, and the general public had started associating the so-called "runner's high" with the release of endorphins, which were discovered and named in the mid-1970s (Pert & Solomon, 1973).

In Boston, where my family lived at the time, runners were fanatical; no amount of rain, sleet, or snow would stop them from getting their daily "exercise fix." Based on Thorndike's Law of Effect ("all animals seek pleasure and avoid pain"), my father was eager to investigate the neuroscience behind runners finding "pleasure" in vigorous exercise, which is typically perceived as "painful."

Unfortunately, my father's animal research on how exercise might affect the electrochemical environment of the mammalian brain ultimately failed to yield any meaningful results. Nonetheless, his unanswered research questions inspired me to stay on the lookout for empirical evidence that advances our understanding of how aerobic exercise can alter how the mind works and to glean insights from my own lived experience.

When I started jogging regularly as a teenager in the summer of 1983, I made myself a human lab rat. Before and after every run, I'd take mental notes on how a vigorous workout affected the way my mind worked and share these anecdotal observations with my father. At the time, he was writing the manuscript for his book, The Fabric of Mind, published in 1986.

Beyond "runner's high" and feeling happier after a high-intensity workout, it became apparent when I started college in the fall of 1984 that running almost every day during my senior year of high school had made me a better thinker.

Throughout most of high school, I avoided vigorous exercise, and my brain seemed to have trouble retaining knowledge. I struggled academically. Before the summer of '83, when running became part of my daily routine, I was a straight C- student and got terrible SAT scores.

However, after a year of running at a moderate-to-vigorous pace most days of the week, my brain metamorphized; my memory was stronger, and learning felt easier. Based on lived experience, it was clear that a year of regular aerobic exercise at relatively high intensity had boosted my brainpower and cognitive capacity. (See "The Neuroscience of Superfluid Thinking.")

Until recently, there wasn't much evidence-based research to support my anecdotal observations (listed above) that doing cardio at different color-coded aerobic intensities—easy (yellow), moderate (orange), hard (red)—alters how the mind works in predictable dose-responsive ways.

To the best of my knowledge, the latest (2022) study from Dartmouth College is the first of its kind to shed light on how specific exercise intensities might be prescribed to help students experiencing academic challenges or mental health issues based on the dose-response of light-, moderate-, or high-intensity cardio sessions.

To date, most exercise studies on the link between physical activity and cognitive functions haven't explicitly focused on the long-term impact of varying aerobic intensities on cognition over an entire year.

"Most primary studies treat physical activity as a binary variable that either is or is not present for each participant," the authors explain. "Most prior studies also track or manipulate exercise over relatively short durations (typically on the order of days or weeks)." The researchers note that the "true relationship" between physical activity, cognitive performance, and mental health tends to "unfold over much longer timescales than have been previously identified."

Overall, during this one-year study, Manning et al. found that staying active (at any intensity) improved cognitive performance and benefitted mental health. However, different exercise intensities seem to affect memory in different ways. For example, the researchers found that people who frequently exercised at low-to-moderate intensities tended to perform better on episodic memory tasks. In contrast, participants who exercised at high intensities got higher scores on spatial memory tasks.

"We found that the associations between fitness-related activities, memory performance, and mental health are complex. For example, participants who tended to engage in a particular intensity of physical activity also tended to perform better on some memory tasks but worse on others," the authors write. "This suggests that engaging in one form or intensity of physical activity will not necessarily affect all aspects of cognitive or mental health equally (or in the same direction)."

"When it comes to physical activity, memory, and mental health, there's a really complicated dynamic at play that cannot be summarized in single sentences like 'Walking improves your memory,' or 'Stress hurts your memory,'" Manning said in a September 2022 news release. "Instead, specific forms of physical activity and specific aspects of mental health seem to affect each aspect of memory differently."