How Viruses Work and How to Prevent and Eliminate Them Naturally 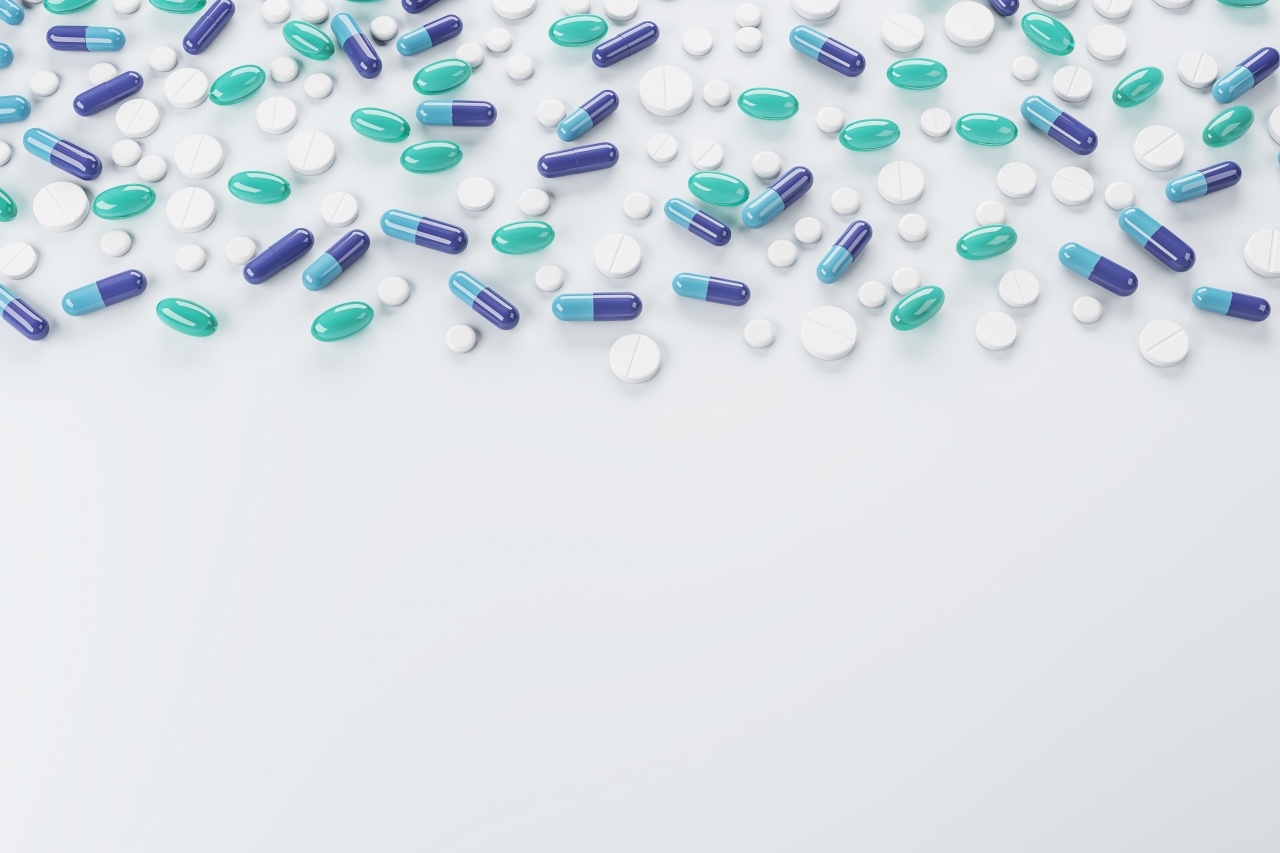 In 1918 the Spanish flu pandemic was a global killer. Estimates of the dead range from 20-100 million, up to 5% of the population–all within one year. Unlike previous flu pandemics and epidemics, this flu strain killed healthy adults, whereas most flu strains targeted children, the elderly, and the infirmed. More people died in this one-year pandemic than the four years of the bubonic plague.

A virus is a pathogenic, parasitic organism that isn’t classified as being alive, since a cell is an essential to our definition of life. A virus has no cell membrane, no metabolism, no respiration and cannot replicate outside of a living cell. A virus is a creepy half-live, single strand or double strand of DNA or RNA or both, looking for a cell to invade. Once inside, it reprograms the cell with its DNA or RNA and multiplies on mass, bursting through the cell with a thousand or more new virus strands seeking new cells to invade. RNA viruses mutate more easily than DNA viruses. (SARS, bird flu, West Nile virus, swine flu, hepatitis, measles, polio, yellow fever, and Ebola are among the many RNA viruses).

If two viruses invade the same cell (a bird virus and a human virus, for instance) their DNA can combine to form a new virus, a potentially virulent one. The same is true if two animal viruses combine and jump species to humans.

Viruses have two life cycles: the lytic cycle and the lysogenic cycle.

In the lytic cycle, the virus focuses on reproduction. It invades a cell, inserts its DNA and creates thousands of copies of itself, bursts through the cell membrane, killing the cell, and each new viral strand invades new cells replicating the process.

In the lysogenic cycle, viruses remain dormant within its host cells. The virus may remain dormant for years. Herpes and chickenpox are good examples. (Chicken pox can cause shingles in later life when the dormant virus reactivates.)

Our bodies fight off invading organisms, including viruses, all the time. Our first line of defense is the skin, mucous, and stomach acid. If we inhale a virus, mucous traps it and tries to expel it. If it is swallowed, stomach acid may kill it. If the virus gets past the first line of defense, the innate immune system comes into play. The phagocytes wage war and release interferon to protect surrounding cells. If they cannot destroy the invading force, the phagocytes call the lymphocytes into play.

Our lymphocytes, T cells and B cells, retain a memory of any previous infection that was serious enough to bring them into the battle. Antibodies were formed and the body knows how to fight any infection it recognizes. (This is how vaccinations work. The body has fought a similar infection). But viruses can mutate, sometimes so much that they body cannot recognize them as a similar infection they fought in the past. They can also be so fast acting, they can kill before the lymphocytes are brought into play.

Antiviral medications do not directly kill the virus; they trap it within the cell, keeping it from reproducing. The only catch is that the anti-viral has to be taken with 48 hours of symptom onset or it doesn’t work.

Antibiotics don’t kill viruses. They kill bacteria, not viruses. And they kill good bacteria that we need to keep our gut in balance. Taking antibiotics when you have a viral infection can cause an immediate overgrowth of Candida, giving the immune system an additional system-wide infection to deal with when it needs all of its resources to fight a viral infection.

Conventional treatment is supportive treatment–fluids, medications for symptoms (such as asthma medication), but no medications have ever been developed to kill the virus itself.

Don’t panic. Most viruses don’t affect us. But still, it brings up a point. Viral infections are a symptom of a weak immune system. Your immune system is wholly dependant on your gut health. A sick gut has an abundance of fungi and other pathogens, and a healthy gut has a wide variety of beneficial bacteria. The supplements listed below are a half measure. A healthy nutrient dense diet, a healthy lifestyle, and a body void of as many toxins as possible is the first and foremost defense. If you want to skip the shortcuts and truly fortify your immune system, read the following articles:

A healthy immune system begins in the gut with a healthy balance of beneficial bacteria. For far too many Americans, Candida overgrowth compromises the immune system, as it is constantly fighting the battle to keep Candida in control.

If you do become ill, DO NOT feed the virus or the Candida with sugar. Yes, you need to drink a lot of fluids, but don’t drink sodas and sugary juices at this time. Cranberry lemonade sweetened with stevia is a good choice. Try it warm or cold.

Also, remember that a fever is one of nature’s means to fight infection. Of course, you don’t want it to get too high (higher than 102) and drink plenty of fluids to prevent dehydration.

Zinc has been proven to be effective against the common cold and to be effective as a topical treatment for herpes sores. It is believed to be effective due to preventing replication of the virus. The immune system needs selenium to work properly and to build up the white blood cell count.

Berberine is an alkaloid compound found in several different plants, including European barberry, goldenseal, goldthread, Oregon grape, Phellodendron, and Coptis chinensis. It has antibacterial, anti-inflammatory, antiviral, anti-parasitic, and immune-enhancing properties. It’s been proven effective against a vast array of bacteria, protozoa, and fungi. It can be used topically on cuts and other wounds, and it’s perhaps most commonly used to treat gastrointestinal issues.

Probiotics are always helpful in maintaining gut health, especially when the body is under a viral attack that involves the digestive system. Probiotic foods and drinks without added sugar can help maintain a healthy balance of bacteria.

Garlic is anti-viral, anti-fungal, and antibacterial. You can take garlic in a tonic or if you can handle it, chew raw garlic. It not only will help fight the virus, it will help kill any secondary infections trying to take root.

Echinacea not only supports the immune system, it also has been proven to reduce the severity and duration of viral infections.

Colloidal silver is believed to interfere with the enzymes that allow viruses (bacteria and fungi as well) to utilize oxygen.

A double-blind trail showed elderberry extract’s ability to reduce symptoms of influenza and speed recovery. It also showed elderberry’s ability to enhance immune response with higher levels of antibodies in the blood. It is believed to inhibit a virus’s ability to penetrate healthy cells and protect cells with powerful antioxidant S. Elderberry has also been shown to inhibit replication in four strains of herpes viruses and reduce infectivity of HIV strains.

The flavonoids in green tea are believed to fight viral infections by preventing the virus from entering host cells and by inhibiting replication.

Pau d’arco has been used in indigenous medicine for generations. One of its compounds, lapachol, has proven effective against various viruses, including influenza, herpes simplex types I and II and poliovirus. It is believed to inhibit replication.

Studies have shown that glycyrrhizin, a compound found in licorice root was more effective in fighting samples of coronavirus from SARS patients than four antiviral drugs. It reduces viral replication, cell absorption, and the virus’s ability to penetrate cells. It is also being used to treat HIV.

St. John’s Wort has been proven effective against influenza, herpes simplex, and HIV.

If you’re prone to viral infections or are dealing with a chronic infection like HIV, as mentioned above, the first step is to get your gut in shape. This is absolutely imperative. The best article to do that with is Best Supplements To Kill Candida and Everything Else You Ever Wanted To Know About Fungal Infections & Gut Health. Everyone who is chronically ill has an abundance of Candida. Yes, everyone.

Provided your gut is healthy, or if you just feel the need to skip that part, here are the supplements to take in order to make sure your immune system is able to fight off viruses:

While there are most supplements listed above, the combination of these listed here is more than enough to balance out the body and ward off viral infection.