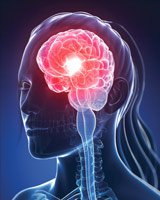 Grow New Brain Cells
For years, scientists believed brain shrinkage was inevitable and irreversible.
Cutting-edge research has shown that brain cells can regenerate.
An amino acid called taurine plays an important role in creating new brain cells.
Researchers found that taurine increased the growth of brain cells by activating “sleeping” stem cells. Taurine also increased the survival of new neurons, resulting in an increase in adult brain cell creation.1-3
Recent studies reveal that taurine has unique biochemical properties that promote new brain cell formation.4,5 Animal studies show that taurine triggers new brain cells to grow in the hippocampus, the area of the brain most concerned with memory.1,6 This can lead to dramatic improvements in cognition and recall.7,8 Low levels of taurine have been observed in patients with Parkinson’s disease.9,10
In addition to these impressive brain benefits, taurine also boosts cardiac function and reduces arterial stiffness as well as reducing the negative impacts of metabolic syndrome.11-16 In fact, taurine supplementation added to the drug metformin has been shown to offer tremendous reductions in tissue damage.17
Taurine levels fall significantly with age, leaving the brain, heart, kidneys, and other tissues deprived of this vital healing compound­—one capable of rescuing dying cells and restoring cellular communication.1,6,18
Experts are beginning to recognize that with age, many can experience a taurine deficiency that is a real and fundamental threat to health.
The great news is that taurine is a super low-cost supplement, meaning everyone can benefit from its potential to slow and reverse degenerative processes.
Taurine Grows New Brain Cells

Taurine has been shown to have protective effects against congestive heart failure, a common, energy-related complication in heart attack survivors, cardiac surgery patients, and people with hypertension or severe lung disease; it results from an inability of the heart to pump sufficient blood to meet the demands of the body.49
In a study published in the journal Clinical Cardiology, patients with congestive heart failure took either a placebo or 2,000 mg of taurine three times a day.50 Compared to placebo recipients, supplemented patients experienced significant improvements in the severity of their heart failure, and significant increases in measurements of the heart’s ability to pump blood. In addition, none of the taurine-supplemented patients worsened during treatment, while 29% of placebo subjects did.
In a similarly designed study, heart failure patients who took 500 mg of taurine three times a day experienced increases in exercise time and distance, and increased ability to utilize cardiac energy, compared with placebo. This is a graphic example of how taurine can affect heart muscle energy production, making it more efficient and helping to energize tired heart muscle.51
Another study of heart failure patients showed that taurine supplementation (3 grams per day for six weeks) resulted in significant changes in echocardiogram results, which showed improvements in the pumping action of the left ventricle, the chamber that pumps blood out to the entire body.52
Clearly, ample blood taurine levels are required for proper heart functioning and this data was published by Life Extension® decades ago based on what cardiologists in Japan had discovered when treating congestive heart failure patients with 3 grams of taurine per day.53 Let’s now look at some ways that taurine can reduce the risks for developing cardiovascular disease in the first place.
Taurine Reduces Metabolic Syndrome
Metabolic syndrome is the combination of central obesity, high blood pressure, insulin resistance/borderline high blood sugar, elevated triglyceride levels, and low HDL cholesterol levels.54 It is strongly associated with short- and long-term risks of cardiovascular and kidney disease, diabetes, cancer, and death.55-58
Taurine supplements have been found to be extremely effective in reducing harmful effects of metabolic syndrome—while at the same time inducing changes that reduce the syndrome’s long-term impact on cardiovascular risk.
Studies of diabetic and/or obese mice and rats demonstrate that taurine leads to consistent improvements in multiple components of metabolic syndrome, including insulin secretion and sensitivity and glucose tolerance.13-15
One study also showed that taurine-deficient mice develop kidney changes identical to those in human diabetic nephropathy, the leading cause of end-stage kidney disease.59 This suggests that taurine supplementation in metabolic syndrome patients might lower renal disease risk.16,60
And, in a remarkable pair of studies, taurine was shown to amplify the beneficial effects of metformin, a naturally derived antidiabetic drug with multiple health-promoting effects in metabolic syndrome. In the first study, when rats were treated with both taurine and metformin, they were better protected against chemical and metabolic stresses than when either was used alone.61 For the second study, the combination of taurine supplementation and metformin was found to provide the same pattern of protection as insulin against diabetes-induced metabolic changes, including preservation of renal function.17
Human Studies Of Taurine And Metabolic Syndrome