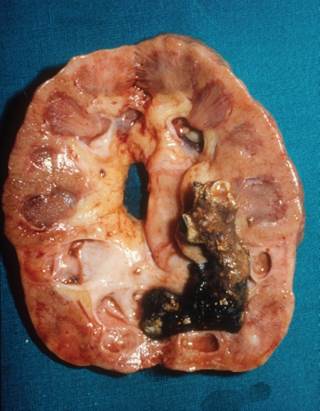 In a study of 26,585 men aged 40 to 64 years who received continuous TRT matched by birth year, race, marital status and other factors to 26,585 controls with clinical hypogonadism not on TRT, Tyler R. McClintock MD, MS, of Brigham and Women's Hospital and Harvard Medical School in Boston, and colleagues found a significantly higher incidence of urinary stones among TRT recipients. The primary outcome was 2-year absolute risk of a stone-related event, which occurred in 659 men on TRT compared with 482 in the control group.
The majority of stones were detected via clinical diagnosis, though surgical intervention such as extracorporeal shockwave lithotripsy, percutaneous nephrolithotomy, and ureteroscopy with lithotripsy were also used to identify stone episodes. A subanalysis of TRT types showed that there was a significant association between stone risk and both topical and injection forms of TRT, though not testosterone pellets.

“Given this is the first study to specifically examine the relationship of testosterone replacement therapy with stone events, we feel that our findings can be considered alongside other known risks and benefits of TRT as clinicians counsel their patients and determine appropriate candidates for therapy,” Dr McClintock told Renal & Urology News.
As for what may explain an association between TRT and urinary stone formation, Dr McClintock explained that prior animal studies have suggested that testosterone is associated with increased renal oxalate excretion and decreased citrate excretion, which may increase the risk of urinary stones. Moreover, testosterone may play a role in the renal handling of calcium.