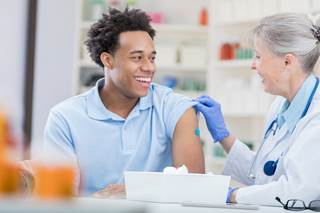 Investigators Ahmad Haider, MD, and Karim Sultan Haider, MD, in private practice in Bremerhaven, Germany, based that conclusion on a study of 792 men with a testosterone level of 350 ng/dL or less. Of these, 412 received testosterone undecanoate 1000 mg every 3 months for up to 12 years and 380 opted against receiving TRT (control group). The median follow-up was 9 years, and the total observation time covered approximately 6400 patient-years.
Eleven men in the TRT group (2.7%) were diagnosed with PCa compared with 34 men (8.9%) in the control group. The incidence of PCa was 33 cases per 10,000 person-years in the TRT group versus 108 per person-years in the control group.