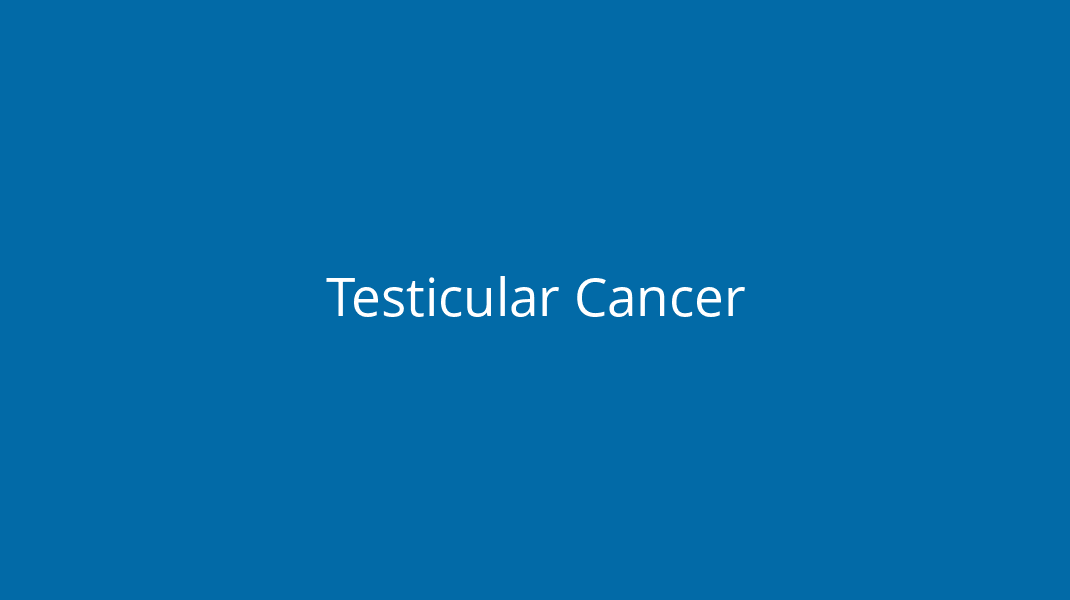 Welcome to a new Q&A series at 15-40 Connection, Conversations with Cancer Survivors, aimed at finding new ways to teach people how to detect cancer early and ways to navigate the doctor-patient experience from those who have been through the process themselves. Our first ever guest is Justin Birckbichler, who talked recently with 15-40 Connection’s Carl Setterlund.

CARL: First off, Justin, why don’t you share a little about yourself and your background with cancer?

JUSTIN: My name is Justin Birckbichler, I’m 27 years old and my full-time job is that I’m an instructional technology coach at an elementary school in Fredericksburg, Virginia. Basically I teach teachers how to more effectively use technology in their classroom. Outside of my daytime job, I’m the founder and owner of A Ballsy Sense Of Tumor, which is a website and social media platform all dedicated to raising awareness about testicular cancer and opening up lines of communication and dialogue about men’s health, which is critically under-discussed. This all started from when I was diagnosed with testicular cancer when I was 25, almost about two years ago to the day, and I realized that even though I was in the prime age range for testicular cancer, I hadn’t really heard a whole lot about it. I wanted to educate others in hopes of preventing other guys from having to go through what I did.

CARL: I know, especially before I started working at 15-40 Connection, as a fellow guy in my 20s, I didn’t really consider the possibility of getting cancer. What would you say to people who think that, for whatever reason, they’re not a candidate to get cancer, so they don’t really take it seriously?

JUSTIN: I would just say that that’s false, because cancer doesn’t discriminate in any way, shape or form – age, sex, beauty, any of that kind of stuff. I did think like that a couple of years ago, that even though I had a family history of other types of cancers – which I knew put me at risk later on in life – I never thought that I would be halfway through my 20s and hearing the words “You have cancer.” Obviously, we all have different genetic and environmental risks, but any man can develop testicular cancer. It’s something that’s scary to think about, but that’s why it’s so important to be proactive about your health.

CARL: Some people also have a feeling like they don’t have much control over being able to catch cancer early on, even though self-advocacy can make a big difference. How would you try to inspire confidence in those people?

JUSTIN: When I was originally going in to see my doctor, I just told them that I needed to have a doctor check me out for something I found concerning and they said, “Okay, well we can get you in here in two months.” I said “Well, I have a lump on my testicle,” and that changed things and they were able to get me in the next day. The two big things are that you need to be respectful, but you also do need to be a little pushy, because, after all, it is your health. If your current provider isn’t willing to work with you, there’s nothing that says you have to stay there. You can go to an urgent care clinic or emergency room, or a different provider entirely. If it’s something that will give you peace of mind, or prove to you that you’re healthy, you’ve just got to advocate for yourself until you get what you feel you need.

CARL: That’s great advice. And then, because talking about cancer and early detection can be heavy subjects, we wanted to give you a chance to answer a couple questions on some lighter topics. One of our fun questions you wanted to answer was what you would choose for a superpower.

CARL: That reminds me of, I’ve always thought if you found, like, a genie that says they’ll give you three wishes, I didn’t understand why anybody wouldn’t just wish for unlimited wishes. The other fun question you picked to answer was to rank your favorites between reading, watching movies and TV.

JUSTIN: From least to greatest, I’d say I don’t really watch TV very often, and that’s only because I don’t like to be sitting down and not doing anything else, so I’ll only watch TV like when I’m cooking or doing random chores around the house. Second, would be movies. Then, reading is my favorite way to take in a story. Reading has been quite the journey for me. I loved reading in my preteen years, then when I was a teenager I thought I was too cool to read, then I got back into it in college. But one of my biggest side effects from going through chemo was that I couldn’t focus enough to read, so I really set a goal to make up for lost time and I wanted to read 100 books in 2018. Currently, I’m at 140, so I’m going for 150 now.

CARL: You know what, I set a goal of reading like five books a year, so I think you’re in rarefied air. Justin, thank you for participating in this. Is there anything else you’re involved in that you’d like to plug?

JUSTIN: Yes, so TesticularCancer101.org is an educational video that I’ve produced that teaches about testicular cancer and is aimed at high schools, and I’d love for people to check that out.

This Q&A has been lightly edited for length and clarity. Early detection can make a lifesaving difference. Learn more about how to identify and act on cancer symptoms with our 3 Steps Detect education.