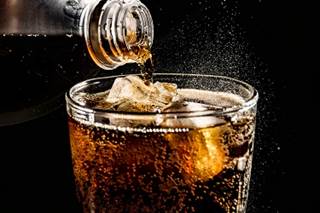 Sugar-sweetened beverage (SSB) intake is associated with low serum testosterone levels among men aged 20–39 years in the United States, according to investigators.

In a study of 545 men in this age group who participated in the 2011–2012 National Health and Nutrition Examination Survey, those in the top quartile of SSB intake (442 kcal/day or more) had significant 2.3-fold increased odds of having low testosterone (levels below 231 ng/dL) compared with those in the bottom quartile (137 kcal/day or less) after adjusting for multiple variables.
Results also showed that body mass index (BMI) was an independent risk factor for low testosterone. Men with a BMI of 25 kg/m2 or higher had significant 3.7-fold increased odds of low testosterone compared with those who had a BMI below 25 kg/m2, according to Liang Chen and colleagues from the Guangdong General Hospital, Guangdong Academy of Medical Sciences in Guangzhou, China.
“The effects of SSB consumption on testosterone levels in adult males must be considered if primary and secondary hypogonadism have been ruled out as a source of low testosterone and related symptoms,” the investigators concluded in Reproductive Biology and Endocrinology (2018;16:61).