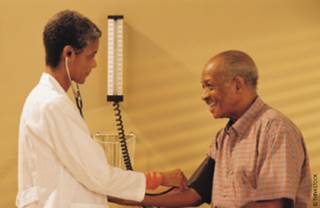 The study included 71 hypogonadal men with Crohn's disease and two with colitis ulcerosa. The patients received treatment with parenteral testosterone undecanoate on day 1, after six weeks, and every 12 weeks thereafter for up to 75 months. Twelve hypogonadal men of similar age with Crohn's disease who did not receive testosterone served as an untreated control group. T levels at baseline were 9.37 and 10.75 nmol/L in the T group and control group, respectively.

“The mechanism of this improvement may be through anti-inflammatory and immunosuppressive effects of testosterone,” said investigator Farid Saad, MD, of Bayer Pharma AG, Berlin, Germany, who presented study findings.