Please bear with us as we are experiencing phone issues. We are working to resolve this diligently. Please refer to MyChart for communication and if you have an emergency go to the nearest emergency room or dial 911. Thank you for your patience. 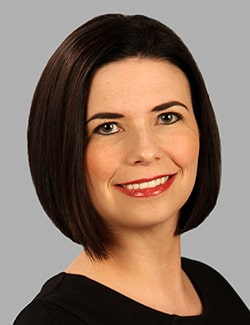 Dr. Hughart has published research in both vascular and urological surgery and was selected to present her work at the American Urological Association Annual Meeting. Dr. Hughart performs general urologic procedures with a special interest in endourology including stone disease and transurethral prostate and bladder procedures. Many other services are offered. She became a Fellow of the American College of Osteopathic Surgeons early in her career due to establishing the urology department at Sentara Halifax Regional Hospital in 2011.

Dr.  Hughart is a member of the American Urological Association, Mid-Atlantic Section, Medical Society of Virginia, and the Halifax County Medical Society. She is active in community activities with her family.

In her time off, she enjoys spending time with her husband and their daughter, hobby farming, antiquing, and target shooting.