Undergraduate: The College of William and Mary (1988)

Dr. Fabrizio was involved in the FDA trials for the Zeus Robotic system and an early adopter of robotic surgery.  He has done extensive research in telemedicine and telesurgery.

Dr. Fabrizio specializes in urological laparoscopy for benign and malignant conditions including prostate and kidney cancer, adrenal surgery, kidney donation and complex kidney and ureteral stone surgery. With the support of his partners, he created the laparoscopic radical prostatectomy and robotic assisted prostatectomy program as well as the laparoscopic kidney donor program in Norfolk, VA. He also started a training fellowship in endourology and laparoscopy in 2003 which has received national recognition in Quality of Life Outcomes research for prostate cancer treatments. The fellowship has won awards for publications and been cited by USA Today and Reuters News. He has published many peer-reviewed articles and book chapters as well as lectured around the world on topics in endourology and outcomes. Local and National media recognized Dr. Fabrizio among other transplant surgeons for performing a national kidney swap where numerous patients donated kidneys to recipients around the country.   Hampton Roads magazine has recognized him as a Top Doc multiple times (most recently in 2016), and he is listed among America’s Top Docs in Castle and Connolly Top Docs recognition.  Dr. Fabrizio notes that he is “proud to be associated with a urology practice that offers specialty care in all areas of our field. We have assembled one of the best trained faculty in the country, and our practice offers not only outstanding clinical care but access to ground breaking clinical trials and the most up to date surgical techniques”.

He has served as the CEO of Urology of Virginia since 2008.  As the CEO, the practice has experienced 15% or more growth year to year.   In 2017, Inside Business Magazine named Urology of Virginia a “Roaring 20” business, recognizing it as one of the top 20 businesses by growth in Hampton Roads.  He is the co-founder of The Atlantic Clinic, which is a medical tourism and healthcare provider in the British Virgin Islands. 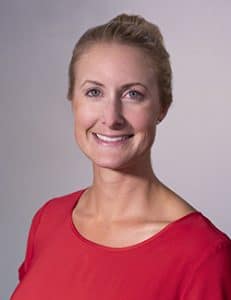